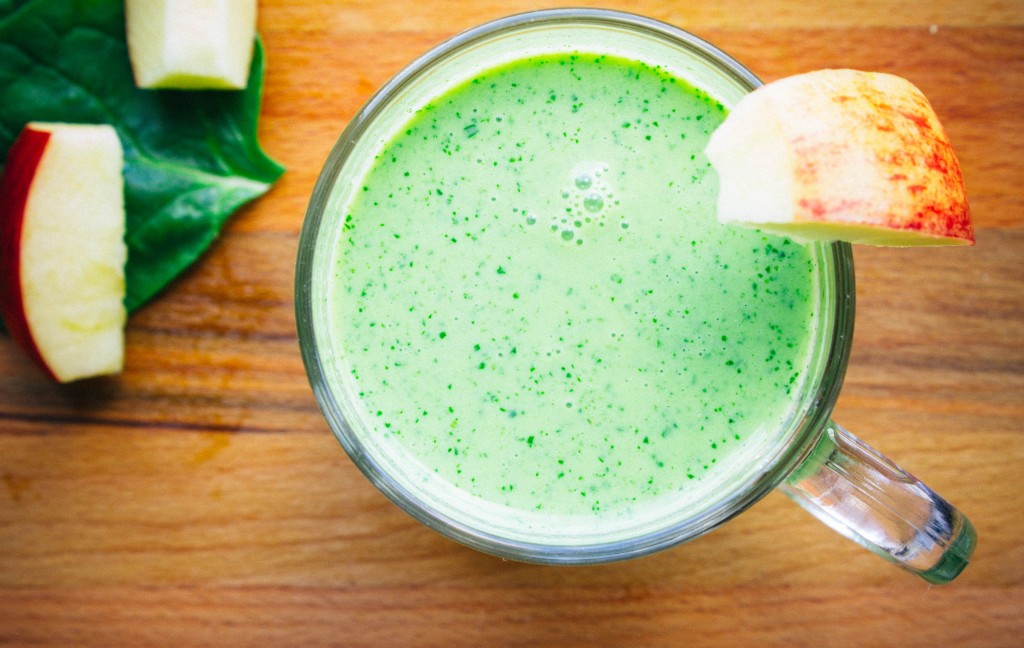 Maybe it’s because spring is right around the corner (at least, I hope it’s hiding around there somewhere…) but I’ve been craving light, healthy and energizing food lately. Or maybe it’s also the overdose on take-out food over the last few months during our move… Either way, I’ve been subconsciously making all sorts of things that I never would have even considered before, on my quest to eat something that didn’t arrive at ours in 30 minutes or less ::cough Dominos Pizza cough::

I’m always up for a good experiment in the kitchen, so over the weekend when I opened the fridge and saw a half-eaten bag of baby spinach, some greek yogurt, and a few old apples… my new-found sense of culinary curiosity for smoothies was awakened.

I’m not a big fan of drinking my food, and have never been into smoothies. They’re all the rage these days but they’ve always just grossed me out, and I’m not really sure why. Thought it’s probably just my general aversion to drinks with chunks or textures in them – bubble tea is literally what my nightmares are made of. I was feeling brave this weekend though (and couldn’t think of anything else to do with these random ingredients), so I decided to give it a try. If it didn’t work, I was going to try to turn it into Spinach & Apple ice cream. I think for all involved, it’s best that this smoothie turned out delicious…

So I set about washing and peeling the apples (peeled because apparently the apple skins make the texture awful.. I’ll try it next time and let you know, though), threw all the ingredients into my blender and let her whirl for a good minute or two. As the dark green of the spinach transformed into a lovely lighter green-goddesy green, I said a little prayer for this not to be gross… and anxiously waited while it all came together into a smooth and creamy morning energy boost.

To my delight, my “please don’t be gross…!” prayer worked and the result was a ginger-flavored tangy drink that I was even able to get Hubby to have a glass of! Spinachy-apple-breakfast success was mine!

What are some things that you’ve hated, but came around to loving? Recipes and links are welcome! 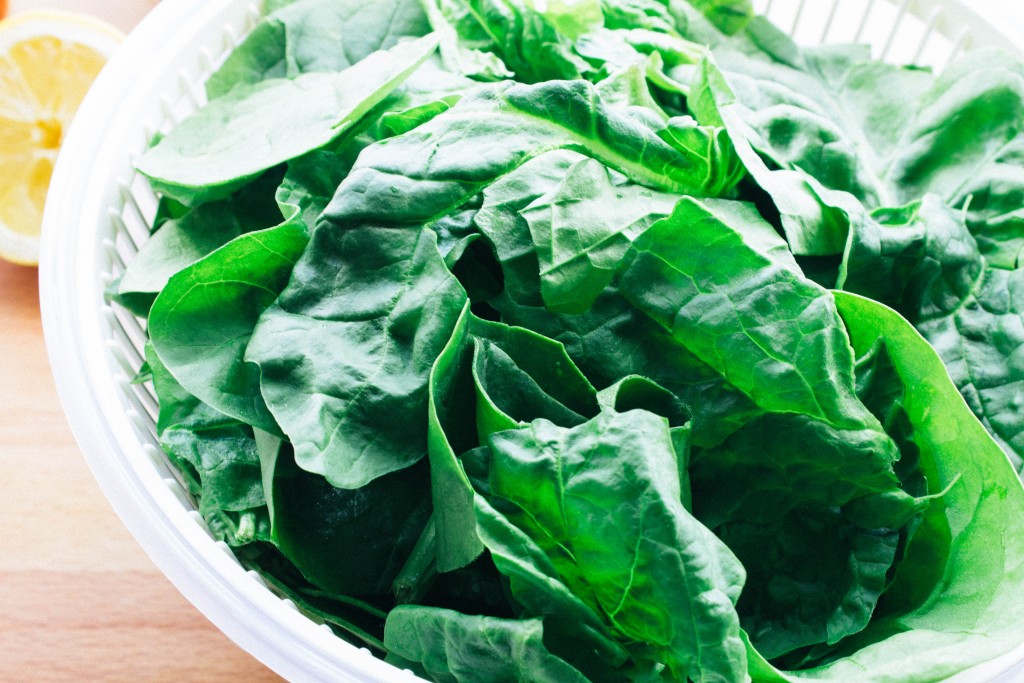 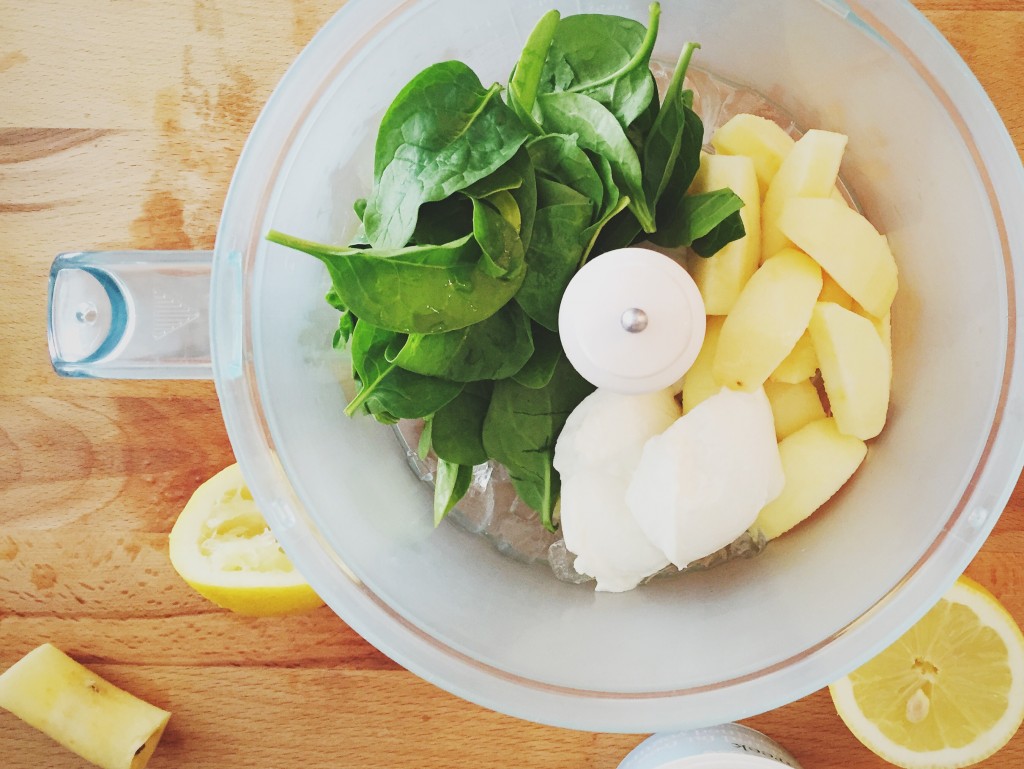 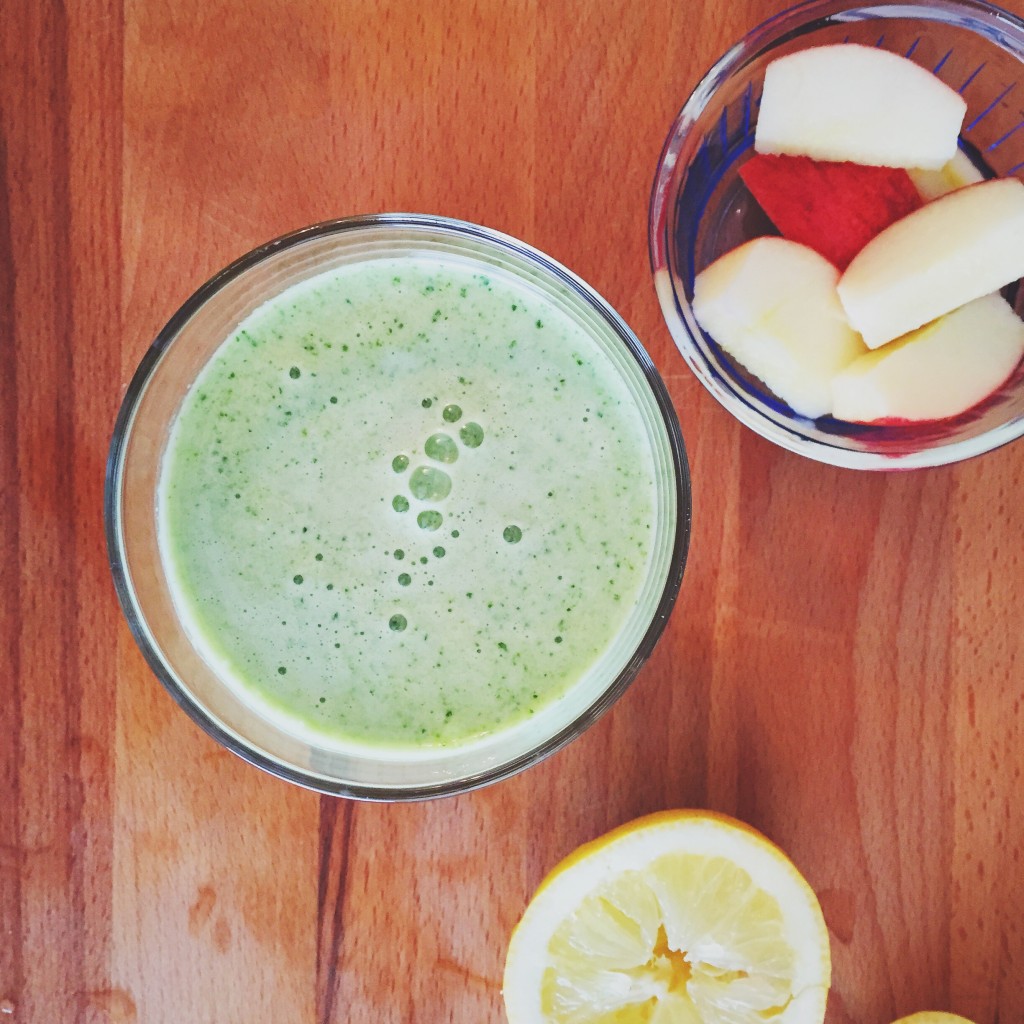