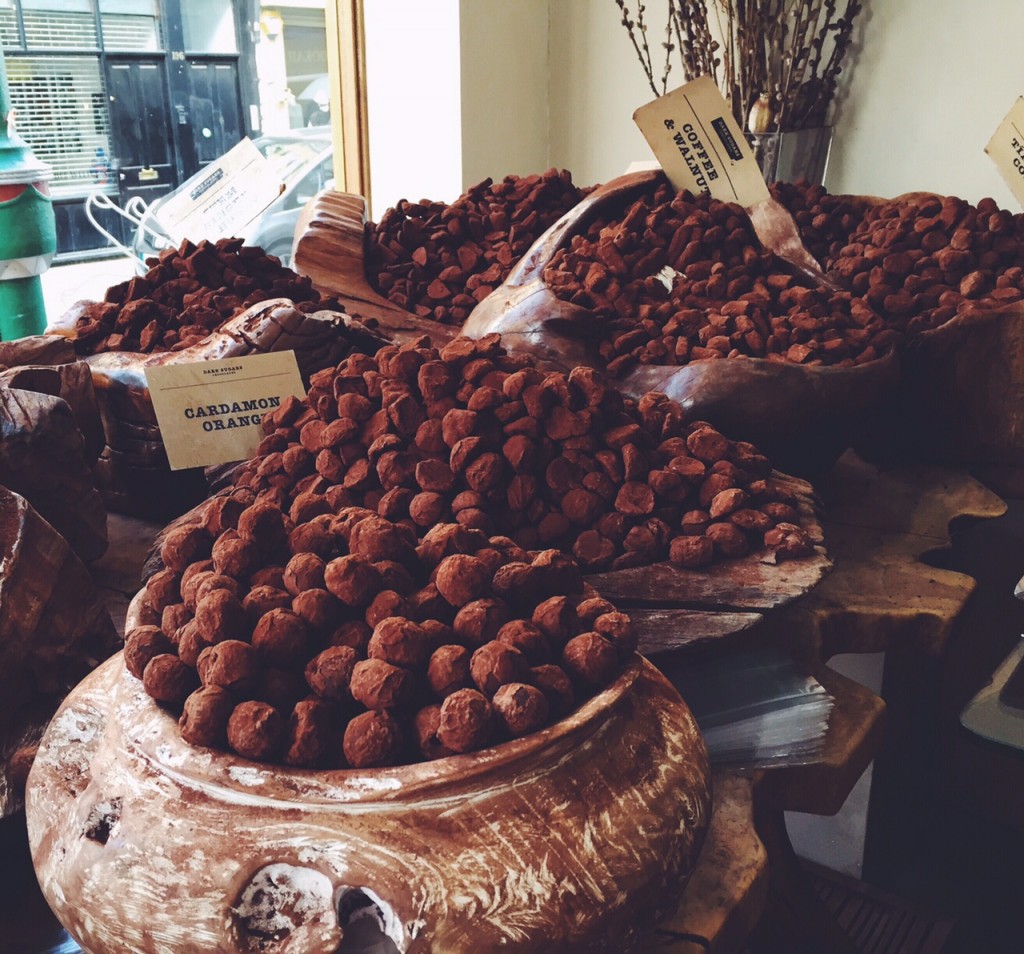 Thank goodness for Jonathan, otherwise I’d probably spend way too much all of my time indoors working on my various projects. When I’m not at work, these past few months I’ve either been in the kitchen cooking up new recipes or researching/working on a new DIY idea that I’ve been dreaming of all week, but didn’t have time for. Basically, I’ve been a homebody since we moved to London. In Paris, we had our little hangouts or neighborhoods that we’d go to for drinks, we had football games to go to, friends to meet-up with. Everything is new to us, here, though, so we are still working out our new hangouts and favorite ‘hoods.

Besides, we have been living in London for the past few months, but haven’t really been taking advantage of our new city because A) we’ve been busy moving and B) the weather hasn’t exactly been cooperating (read: it has been downright cold almost every day since we’ve moved…!).

This weekend, though, there was no excuse because I didn’t have any projects planned and the weather was awesome! I was in a bit of a funk and kind of just hanging out in PJ’s with no energy or motivation to do much, when J pulled out our London guide book and said “we are getting out of the house!”

And he was so right to insist because we had a very London Saturday afternoon: strolling around Brick lane, stopping into a cute little chocolate shop, then having drinks before watching the Champion’s League game. I was so inspired by all of the vibrant sights and smells, that as soon as I got home I went back into Kitchen Experiment mode and cooked up a fabulous no bake, no yeast skillet pizza (which I’ll be posting soon)! Sometimes, getting out and doing something different or even so simple as just walking around a new neighborhood can lead to so much inspiration!

So, in honor of Jonathan’s love of chocolate (seriously, that man loves his chocolate) today’s photos are from our stop into the Dark Sugars chocolate shop (address below). Bonus: they have lots of vegan options!

Enjoy trying not to lick the screen 😉 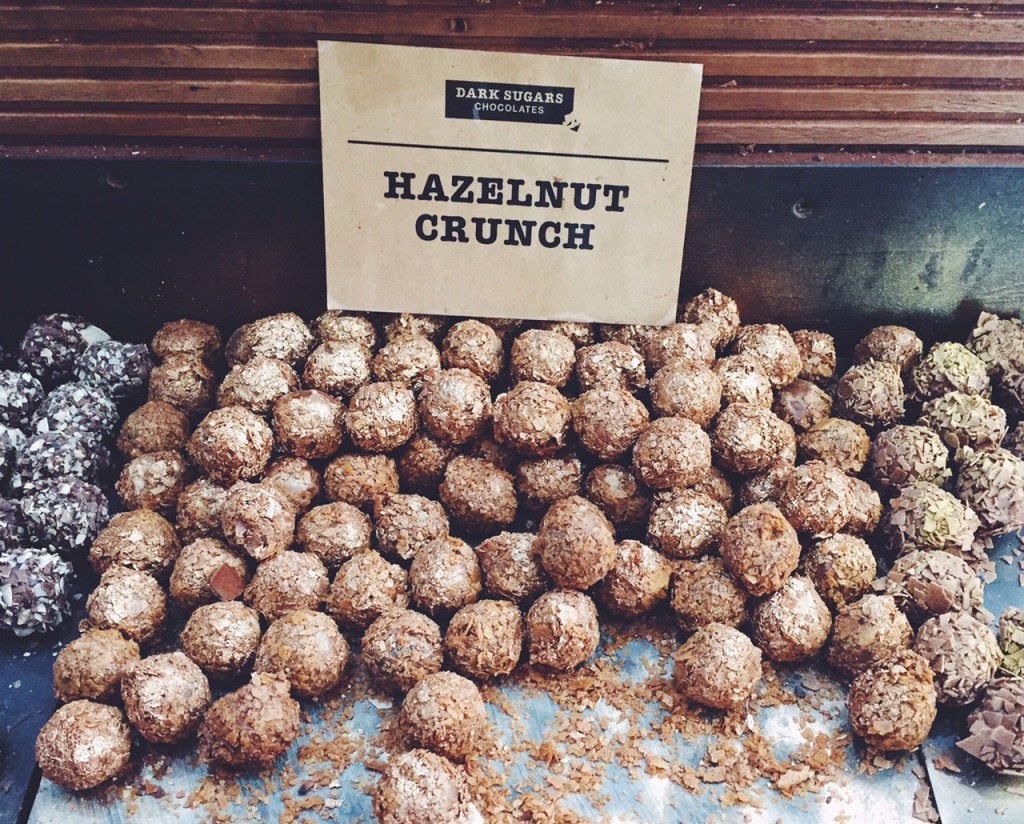 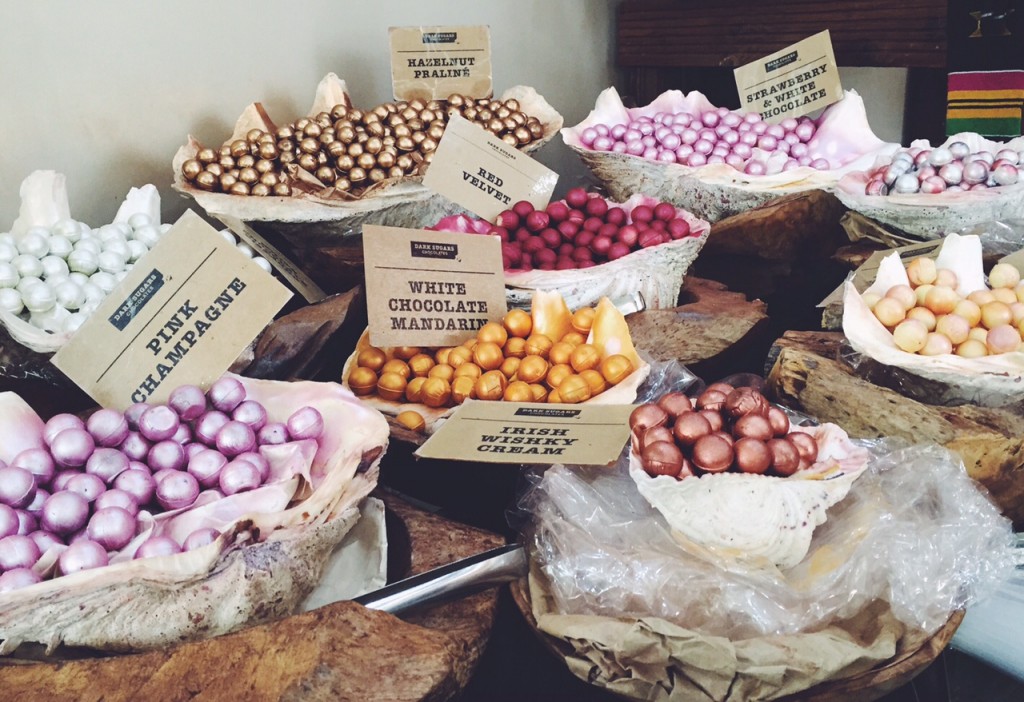