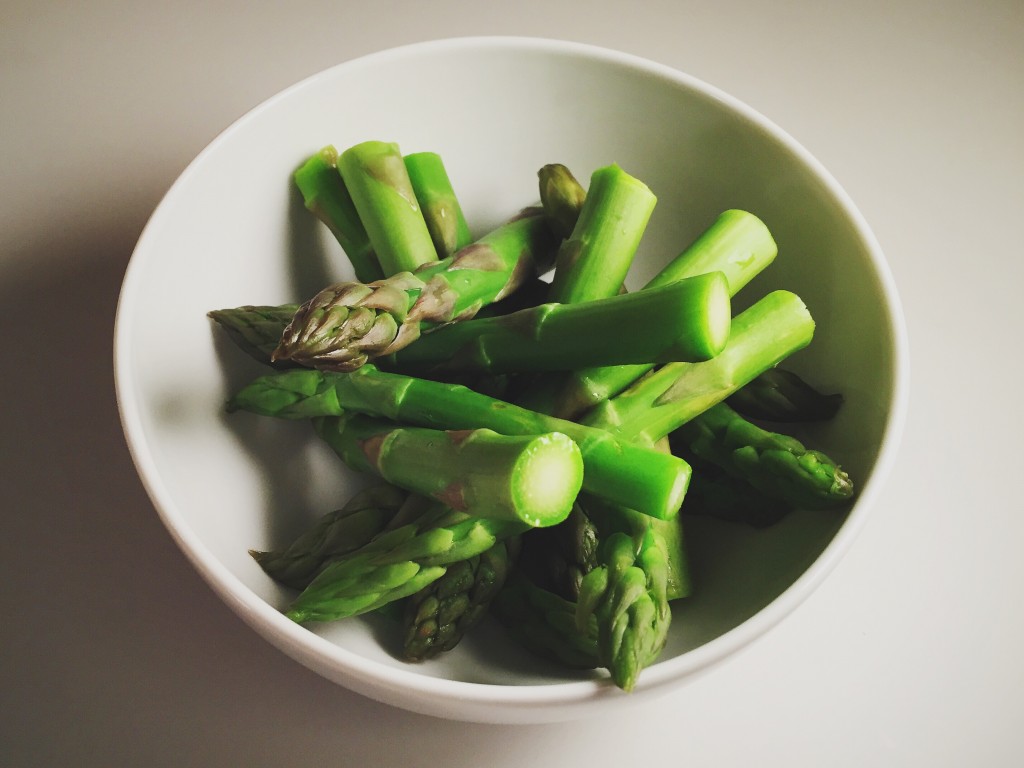 Hello, my name is Veronica, and I’m addicted to asparagus. Seriously, we eat the stuff several times a week and just can’t get enough of it! It used to be my “weekly splurge” when we lived in Paris because it was oh so expensive there, but I buy it like it’s going out of style now that we live in London and I can get enough for two at around £2!  Google tells me that it’s often thought of as a “luxury vegetable” – I didn’t even know such a thing exists…! I totally understand why, though, because whenever I make them I feel like I’m feasting on some precious food treasure that I don’t want anyone too many people to know about, lest there be an international shortage of these delightfully green weird-looking things. Asparagus is one of those foods that can be really amazing, or horribly offensively disgusting. Can you tell that I feel strongly about this vegetable?

Lots of people do know about asparagus and how amazing it is, though, and everyone has their own way of preparing it. I’m just going to put this out there: there’s a right way and a wrong way. I try not to be too “my way or the highway” when it comes to cooking, but some things are just oh so wrong.** Boiling is the wrong way, and grilling/roasting is the right way.

My husband Jonathan wasn’t really a big veggie fan when we first started dating and this was a serious cause for concern for me: about 99% of my favorite recipes have either tomatoes or mushrooms in them (this is only a slight exaggeration) and these are two things that he used to despise.

Most of my veggies are prepared in the oven, though (or grilled) and this made all the difference! Whenever I ask which veggies he wants for dinner these days, his answer is almost always: broccoli, asparagus or corn! Yes, miracles do happen. He tolerates mushrooms now but still won’t go near a tomato (except for when I got him to eat green tomatoes once, after convincing him they were cucumbers. I know..terrible wife, but it worked and he liked them!).

Anway, on to the good stuff: how to make perfect asparagus the right way. 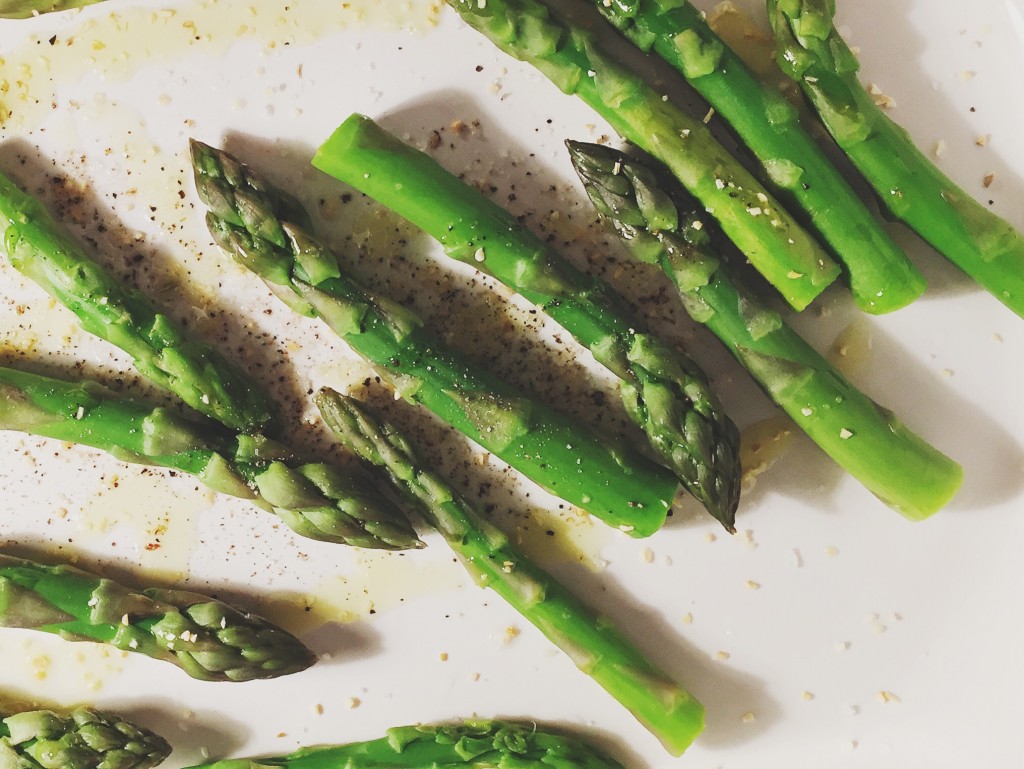 They will come out crispy on the tips and softer but not mushy on the stalks. Otherwise known as perfect oven-roasted asparagus with garlic. Enjoy 🙂

*you can taste the quality of your olive oil in this recipe, so now’s the time if there ever was one to use your good stuff.

**Funny story… as I was writing this post, I thought “hmm I wonder if there are actually people out there saying that one should in fact boil asparagus? And if so, who are these crazies?” The number one recipe that came up massively surprised me, and even caused me a moment of self-doubt. Have I been getting it wrong all this time?? Nahhh – I stand by my belief that asparagus should never be anything-but parboiled. Can you guess where the first recipe for boiled asparagus is from, though? Google it for yourself and see if you’re as surprised as I was… 😉